This year’s Merdeka Day and Malaysia Day would be the second independence for the nation, according to Prime Minister Dr Mahathir Mohamad.

The 93-year-old leader said this is something which Malaysians must celebrate.

“Would you like to continue with the previous one (government)? Certainly not. You would be bankrupt by the borrowings and all that.

“To me, this is a new independence day, a second independence day,” he added in conjunction with the forthcoming Pesta Harapan Malaysia organised by [email protected], which will be held from Sept 15.

Mahathir said the celebration this year would be most meaningful for the youth.

“This year’s independence day is significant, especially for the young people.

“I find that for the old people, it is difficult to change their minds but the young people must make use of this freedom that they are being granted to rebuild this country according to their own ideals,” he told Malaysiakini.

Mahathir also said that it is possible for Malaysia to become a developed country if the young generation sets their mind to it. 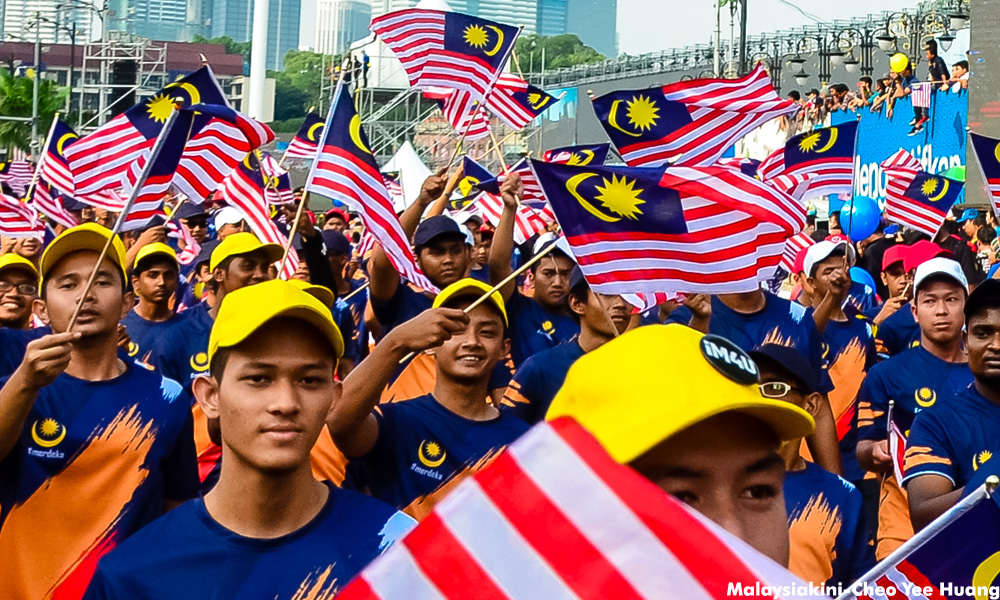 “The youths of today should equip themselves with the knowledge and skills to build a great country.

“If you think that what is happening now is okay, no need to make any extra effort, then it would be like this. But if you think otherwise, you can build a better country.

“It is the youth who would be able to do it, not the older ones,” he added.

Pesta Harapan Malaysia will feature a Unity Concert that begins at 6pm on Sept 15 at Padang Timur, Petaling Jaya.

It is the inaugural festival by [email protected], Malaysiakini’s events management arm, and is organised in partnership with UniFi, AirAsia, Boost, Malindo Air and Country Heights Holdings Bhd.